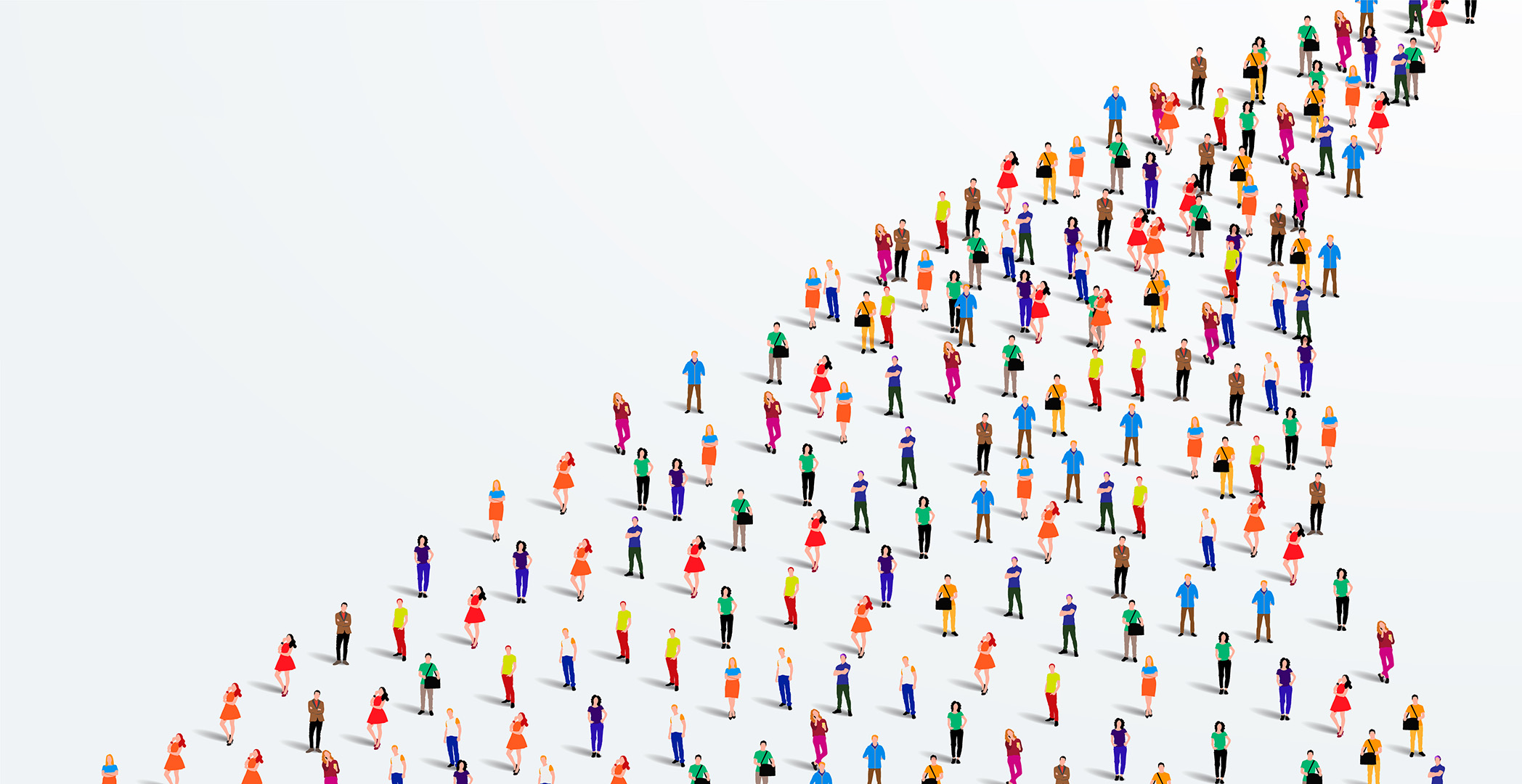 How To Get the First 1000 Users for Your Startup

Wouldn't it be wonderful if you could just build a great product, put it out there in the world and then watch as willing users flock gratefully to sign up for your new masterpiece?

It sure as hell would make my life a lot easier. Being a serial startup founder I find myself praying to the user acquisition gods more often than I would like to admit, because getting your first users is bloody hard work. However, over time I have learned that there is some sort of playbook of activities (not a formula, such things are nearly always snake-oil) that will do the job of getting the first users onto your product, regardless of what it is.

In this post I will aim to shed some light on some of these activities while explaining why they work and roughly how long they will take to deliver. These are not tricks or hacks, they are widely used strategies that work for very simple reasons, and are time-tested. I should caveat this by saying that my focus is primarily on tech startups, particularly SaaS businesses with a subscription model, so adjust your expectations accordingly if you are not in that particular sphere. Nonetheless, much of this stuff is pretty generalized marketing strategy so you should be able to get some joy regardless of your sector. YMMV, as they say.

With that said, let's start with the fundamentals.

When to start acquiring users

If you've spent any time at all in tech as either a consumer or industry professional, you will have come across at least one pre-launch landing page. These are the one-page websites dedicated to products that are yet to be launched. They tend to feature a large hero image of some kind, a bit of blurb and some sort of lead capture, normally a big email address field with an inviting "Sign up for early access" button. You know the ones.

What this tells you is that user acquisition can start as soon as you've had the idea for your product. In fact, it probably should. If not, you could spend weeks building a product only to discover that nobody wants it, which would be a huge waste of time. Validate your idea first, build second.

I always use Buffer as an example of early validation executed well. You can read about it on their blog here, but essentially they threw up a landing page for the product with some pricing and then tracked which pricing plan people clicked on. Ta-da: validation that not only did people want the product, but that they would pay for it. They started building it after this.

This was over 10 years ago now but the principle remains. Throwing up a landing page is easier than ever before now (more on that shortly), so there's no real excuse for not testing your idea first.

The other upside of getting users early, before you build the product, is that it will help you if you are trying to raise money. Many people assume that fundraising only happens with fully built products - or at least an MVP - but that's not always true: many early-stage companies have raised money with nothing more than an idea and some evidence that the idea has demand. At Firedrop we raised our first round of funding with a simple prototype that took us two days to mock up, and some social proof that we were solving a genuine pain point. Our second round of funding - still pre-launch - happened because we had used some of the techniques below to acquire 8,000 early beta testers who were all itching to get their hands on the product.

Acquiring users should start as soon as possible.

Money is obviously also a factor. If you have budget for advertising then your timeline will shorten significantly assuming you have a half-competent advertising strategy. There are marketing agencies who specialize in helping with this, including the one you are reading this article on right now.

Generally speaking though, I will assume you are building a startup with very little budget as you're just trying to get something off the ground, and will focus this article on non-paid tactics (although you may have to pay small mounts for things like website hosting).

Before you start shouting about your startup from every rooftop, make sure you've got your house in order. There's nothing worse than generating a buzz that dies out because people don't know what you're shouting about or how to get involved.

As an aside, here are some things not to do at this stage, which I only mention because I've seen so many people get over-excited once they've got their website online:

This might sound boring, but before you can start marketing your startup you need to do some groundwork to ensure you're doing the right things. As minimums, I would strongly urge you to:

This may all sound very obvious, but I can't stress enough how important it is to actually go through the process of understanding your playing field, as very often our own bias obscures insights that we would miss without going through the thought process in a systematic way. Set aside some time for a brainstorm and write down your user avatar and pain points. You can even stick them on the wall if you're into that kind of thing.

Now we're getting into the actionable checklists. Going from 0 to 100 users is a great first step; you'll feel validated and the thrill of seeing things starting to happen will motivate you. Here's what you should do.

That should be enough to get you over the 100 users mark. If it doesn't, use this as a signal that your product or idea may not be of interest, and you should re-evaluate. Or, keep reading to try some of the other tactics below.

Having got your first few users and gained some early validation of the product idea, it's time to throw yourself into the lions' den and start targeting the tech enthusiasts. This means engaging with them where they live. Here are some ideas:

A bit of groundwork engaging with your target audience in their own communities can pay huge dividends. When Firedrop got posted on Hacker News we acquired 2000 new users in 24 hours!

This is where the proper marketing effort comes in, but it is probably the single most effective technique for getting early traction that I have seen being consistently effective. Content marketing is a chore, but it really works.

Content marketing is one of the most widely used and effective ways of growing your user base, but it's important to be realistic about the time it will take. You will need to be posting regularly - at least once or twice per week - for a period of 6 months or more before you can reasonably expect it to take off. If your focus is more on social media posting, up the intervals to once per day at least, on top of your efforts to engage with other users.

Finally - and this is really important - make sure to focus on quality over quantity. Resist the temptation to outsource your article-writing to volume-focused Fiverr freelancers. In 2022 people are wise to blogspam and it will hurt your brand if you are seen to be peddling poor quality content for the sake of it. Outsourcing your social media posting is acceptable if you work with an agency that truly understands your product and market. Otherwise, do it yourself but do it regularly and consistently.

If you have a tech startup there's a reasonable chance you have programming skills within your founder group. Use it.

There are plenty of examples of startups who have successfully leveraged their engineering skills to build traction by building mini-products and in-app features whose sole purpose is to provide value to their audience while capturing their details and/or encouraging signups. Below are a couple of examples to inspire you.

The reason these approaches work is that they target their customers' main pain points and amplify it so that potential users are inclined to sign up to their platform to solve the problems. SEMRush's audits will nearly always throw up warnings and errors, and WPEngine's speed testing tool will tell you your site could be faster. In other words, telling people that the way they're doing things is bad is far more effective than just selling features to them. As human beings we respond much more strongly to negative stimuli than positive ones.

Get creative. Focus on the pain points and how you can hook potential customers in by allowing them to evaluate a problem they might have, and push your product as the solution.

The best thing about engineering-as-marketing strategies is that they can be evergreen, bringing you new customers for years after your initial traction efforts.

I have deliberately chosen a narrow route to just your first 1000 users in an effort to present an easily-achievable strategy that won't cost money and can be executed by most people well. However, whatever you do it's important to measure and track results. One big mistake startup founders make is sticking to a failing strategy and then throwing their arms up in frustration that it's not working.

In truth there are many variables that can impact the effectiveness of any given strategy, so you need to measure everything you do and adapt accordingly. Here are some simple ways of doing that.

The tactics discussed in this article are a small handful of free or almost free activities you can engage in to build up your first base of users. If applied correctly and consistently, I can say with reasonable certainty that they will get you to the first 1000 users and quite likely beyond if executed well enough. There are other tactics that require different skills and, usually, some spend. If your budget is tight or you're not especially experienced in marketing, it's usually best to look at these later on, or experiment with them carefully. However, there are times where other tactics may be the best option for you and so here are some of the best ones, briefly:

I could go on, as there are seemingly endless ways to build traction especially once you want to go past the 1000 mark. One thing to know is that you will need to change strategy fairly frequently as each stage of growth takes shape. What worked in getting your first 1000 users may not work in getting the next 99,000. Keep experimenting, measuring and adapting. And keep the consistency.

If you want to dig deeper, I would recommend Traction by Gabriel Weinberg (founder of privacy-first search engine DuckDuckGo) and Justin Mares, which covers the 19 most commonly used channels in a very digestible format.

For now, feel free to hit me up for a no-strings chat if you want more specific input into your own startup early-stage traction strategy. I'm always happy to talk to startup founders.

Subscribe for more articles like this, plus growth marketing tips, tactics and more. Straight to your inbox.

Thank you! Your submission has been received!
Oops! Something went wrong while submitting the form. 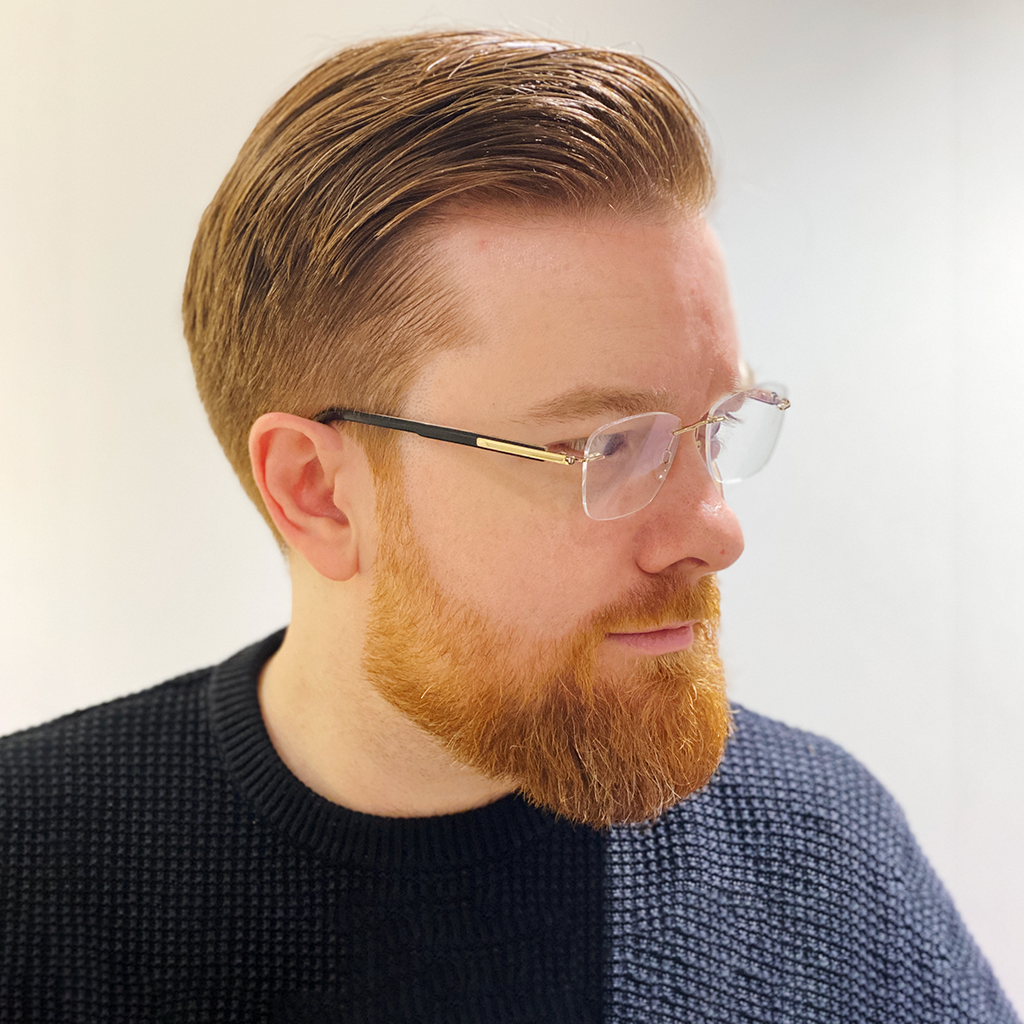 Marc Crouch
Writes about startups, strategy, growth marketing and technology. Occasionally rants about things, but usually in an entertaining way.

Thank you! Your submission has been received!
Oops! Something went wrong while submitting the form.